The answer of course is 2007. The pattern is, in which years have the Cubs made the playoffs since their 1945 World Series loss?

I'm trying hard to maintain some emotional distance. October 2003 was one of the most stressful months I've ever experienced. I remember driving to Homecoming at Alma on a Friday night, listening to the game against the Braves. We hastily checked in to our hotel and turned the TV in the room on to catch the end. The Cubs won that game, and looked good doing it, and I got teary-eyed and sobbed, "We're going to the World Series!" But then the Marlins series happened, and Bartman, and Gonzales's error, and Sammy's monster home run, and after being up 3-1 we lost the next three in a row. I cried when we lost, but about five minutes later felt this huge weight lift off me, like the sun had come out and I suddenly had my life back. It's too bad that weight wasn't lifted by a WS win but oh well.

We don't know who we're playing in the first round because the National League is all up in the air. We'll just wait and see, because other than (for some unknown reason) the Marlins, every NL team is beatable. That Cubs-Red Sox series we've dreamed of is a definite possibility (though our affectionate kinship with the Sox has faded since they had to go and break their winless streak!).

I have no fruit so please go away
You can always tell when the genetics labs have started up for the semester: errant fruit flies tormenting me at my desk. How do they get here, anyway? The genetics lab is on the 3rd floor of a building separated from this one by about 50 feet. They must ride on people's clothes when they go from genetics lab to their orgo lab.

Despite doing genetics for a living, I've never actually done a fruit fly lab. I did however do a "fast plants" Arabidopsis lab, which is much more relevant anyway. Plus, Arabidopsis doesn't flee its pot and flutter around my face while I'm trying to work.
- posted by Diane @ 11:40 AM | (1) Comments
Tuesday, September 25, 2007

Prepare to be boggled

Sims stuff
At long last, an evening with nothing to do! I uninstalled and reinstalled my Sims game a couple of weeks ago, blowing away slow neighborhoods and several legacies worth of character files. Then I committed to playing a University scenario all the way through for the first time. The problem with University is that I'm incapable of not studying my butt off for a grade, even in a VR school, so my poor Sim spends all her time writing extra credit papers instead of sleeping around like a normal college student.

I made a new character and named him Napoleon Spocky. Yesterday he lost his job, was living on his house-less lawn, was running out of money, and had nothing to eat but rotten Chinese food. Napoleon had hit bottom. 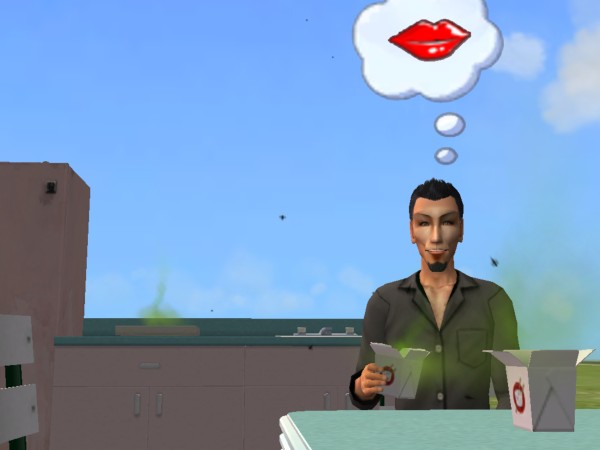 Happy Last Day of Winter!*
*If you're in the southern hemisphere, that is. 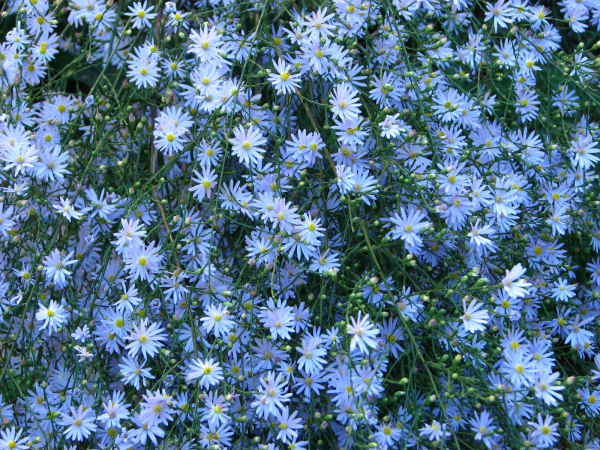 Don't hold your breath
"Thank you for checking your place on the Cubs Season Ticket Wait List.

Never go on a trip with Sherri Shepherd
Who the f*** is Sherri Shepherd, anyway, and who gave her a job on TV?
An excerpt from a video going around, which you can Google if you care:

It goes on from there. None of the other religibabbling ladies comes off all that well in my view (HA!) but at least they recognize that if you start flying east, you'll eventually come back around the other side.

I'm reminded of the day when I stared at my globe for a very long time, turning it this way and that and thinking about my limited knowledge of the sun and stars and gravity, and finally got frustrated and went to ask my mom: Do we live *inside* the planet, or *on* it? In my defense, I was very young at the time. I still have that same globe, though it needs some repair to its equator. Did you know that the equator is not an imaginary line around the planet, but actually a blue sticker that keeps the northern hemisphere attached to the southern hemisphere? Isn't science cool?!
- posted by Diane @ 8:10 AM | (1) Comments

Adventures on the CTA
I have never heard the word "vomit" so many times in a 35-minute period as I did yesterday on the trip home. Apparently one of our esteemed homeless people or drunk party boys (or, to be fair, a hapless CEO with the flu) had left some barf on the floor of the train, rendering a seat unusable. The train was its usual packed self, but that pair of seats remained mysteriously vacant. At each stop, a member of the entering horde would file into the car, spy the empty seat, and make a beeline for it, only to stop in horror, mumble the word "vomit" to their companion, and take off for the opposite end of the car. Finally a brave, defiant soul plopped herself into the aisle seat, but in so doing became the Gatekeeper of the Vomit Seat. At each stop, someone would get on, head for the empty seat, and say "Excuse me" to the Gatekeeper. The Gatekeeper would respond with a gesture, "There's vomit." "What?" the seat-wanter would blink. "VOMIT," the Gatekeeper would repeat loudly. "Vomit," the seat-wanter would mumble, heading for the opposite end of the car. Finally a different Gatekeeper took the job, but her method was to state in a stage whisper, "It's DIRTY," and the vomit litany came to an end.
- posted by Diane @ 7:55 AM | (0) Comments
Thursday, September 13, 2007

Snippets
1) Something has come loose in my laptop's screen, causing the picture to occasionally go spastic like a kaleidoscope on acid. Luckily, I'm still under warranty.

2) I have a sinus infection. The right side of my head is considerably heavier and drippier than the left side. Fun!

3) A recent lightning storm apparently fried my alarm clock. I have two clocks on my nightstand, one normal one with giant numbers so my myopic self can see the time from two feet away, and one with a built-in light that starts to brighten 15 minutes before the alarm goes off, then if the proper button isn't pushed it goes dark abruptly 15 minutes after the alarm. (The sudden darkness has led to many bizarre dreams over the years, as my multiply-snoozed dream-self had to deal with power outages and other unexpected loss of lights.) It's the cool light clock that died, and now that it's dark at 6 a.m., I really miss it. It wasn't always effective, but about 3/4 of the time I did actually wake up gradually and was ready to get up when the alarm went off. I found an extra fancy version here but I don't want a Mayan temple on my nightstand, and the aroma thing just makes me laugh too much. I suppose I should just get a timer and a lamp.

4) The White Stripes cancelled their entire tour. I'm really unhappy about this; the Chicago show was going to be one of the highlights of my year! However, they cited Meg's health problems so complaining about missing a show sounds shabby and uncaring. Over on the WS messageboard, avid fans are trying to out-do each other with their get well wishes and concern for Meg's health, and anyone who even mentions being upset that there will be no show gets thoroughly trounced. But I can say it here: I'm MAD!

5) My new favorite thing: Flight of the Conchords. I watch this clip over and over and can't stop giggling:
Hiphopopotamus vs. Rhymenoceros
"There ain't no party like my nana's tea party, hey, ho..."

I'm getting wet and I don't care at all
Actually, I do care. I make it a point to get off the train early and walk the mile-plus to campus at least a couple of times a week, but today I picked a very bad day to do that. The rain hit when the bus was no longer an option, and by the time I reached the student center I was soaked from the thighs down. I visited the bookstore but my only options were XL sweatpants, something that looked like neon-colored pajama bottoms, and bright green short-shorts with UIC written across the butt. The last thing I need is a bright green billboard butt, so I am doomed to wear wet and increasingly cold jeans. *sigh*

I've been back in the lab for two weeks now. The DNA extractions didn't go well at first, but I think I have the problem figured out and am extracting as fast as I can. Next week I'm presenting my project in front of my fellow students for the first time, which shouldn't be bad since I don't have any actual results yet so there's nothing to critique. It will also give me a chance to revisit my proposal and start thinking about the revisions and next year's sampling strategy.
- posted by Diane @ 10:04 AM | (1) Comments
Monday, September 03, 2007 All spiders, all the time
1. The news that there are social spiders in Texas building multi-acre webs reminds me how glad I am to live in the Great White North, where our spiders are anti-social and reclusive. Unfortunately, they are reclusive in my basement.