Other stuff
1) Thanksgiving has come and gone. Was nice to see the Michigan family but the trip was pretty awful; Libby went into respiratory distress just minutes from home. It's not fun to try to calm your dog while she foams at the mouth and her gums turn lavender. That was the kick in the pants we needed, and although I wanted to wait until after finals, she's going in for unilateral tieback surgery on her larynx next Tuesday. I'm coping by arming myself with information, and scritching her throat frequently (which she loves), because it may be months before I can do that again, if ever.

2) I'm still not convinced that the whole sleepy tryptophan thing isn't just a myth. I think people get sleepy after dinner because they can. I didn't feel the least bit sleepy, and I didn't notice anyone else dozing off, either.

Today's anxiety dream is brought to you by United Airlines
I was in a complicated airport that was actually more of a department store (and I frowned at a few customers for shopping at Macy's in Chicago, so apparently it was a Macy's). I had been put in charge, by a large, capable woman, of a group of out-of-town visitors. She indicated the elevators and doors we had to use, told me she was sure I could handle it, and bustled off. The elevators and doors were unlabeled and I didn't know which combination to use or even what our destination was, and the group of visitors was milling around and looking at me expectantly. Last thing I remember was running, running like the wind, past displays of colorful sweaters, trying to find the large, capable woman so I could ask her, Now what was I supposed to be doing again?
- posted by Diane @ 7:31 AM | (0) Comments
Tuesday, November 21, 2006

Fall color, inside vs. outside 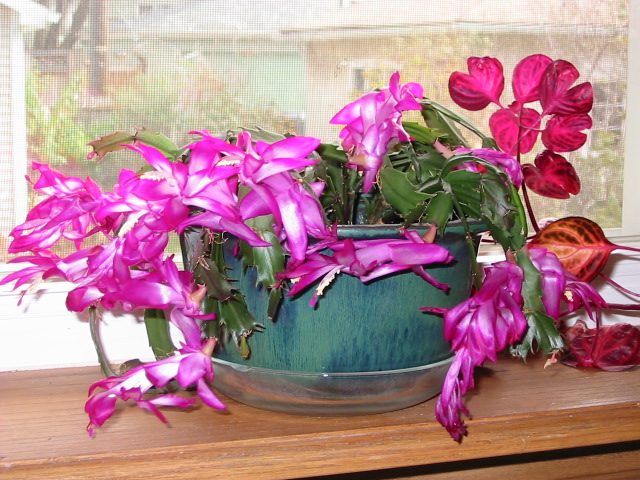 Not surprising
The graphics aren't showing up right in my browser, but anyway:

Couldn't have said it better myself.
Article from The Guardian

"We might enhance the respect others accord us if we are kind, considerate, peace-loving, courageous, truthful, loyal to friends, affectionate to our families, aspirants to knowledge, lovers of art and nature, seekers after the good of humankind, and the like; or we might forfeit that respect by being unkind, ungenerous, greedy, selfish, wilfully stupid or ignorant, small-minded, narrowly moralistic, superstitious, violent, and the like. Neither set of characteristics has any essential connection with the presence or absence of specific belief systems, given that there are nice and nasty Christians, nice and nasty Muslims, nice and nasty atheists."
- posted by Diane @ 2:01 PM | (0) Comments

Election Day
Vote early, vote often! It's appropriate that Election Day comes so soon after Halloween, because of course in Chicago, the dead return to life to cast their ballots. For my part, I voted last week so when I'm accosted by the poll-nazis on my way to work, I can be all superior and wave them off. "What, me, wait in line to vote? Please." I don't get a lot of opportunities to be smug so I will make the most of it!

The poll-nazis piss me off, incidentally. In order to get to the train, I have to run a gauntlet. Who are these people, anyway? Driving people to the polls to make sure they vote your way - that makes sense, in a corrupt, machine-politics way. Standing on corners in your nice clothes, shouting "Have you voted?" It's just weird.

Speaking of gauntlets, I was faced with a crowd (maybe 25 men) of SWAP* workers blocking the sidewalk outside the El station the other day. That I *really* did not appreciate. Not that I was in any danger, but I could feel all their eyes on me and I was very aware that they were purposely not moving aside for me and enjoying my discomfort. I managed to find a clear route between the Kennedy's support pillars and the road and edged past them. The sheriff's deputies saw me and could have asked them to move, but did not. And no, I don't require special treatment, but there is a steady stream of pedestrians going to the El. Why should anyone have to wade through a crowd of convicted criminals and assault weapons? The outcome can only range from discomfort to potential disaster.

*SWAP is the prisoner's work-release program in Cook County. Busloads of them are taken here and there to do clean-up work under armed guard.

Random: Had a dream last night that I went to a shower (baby?) for my cousin. We all introduced ourselves, and I totally forgot my cousin's name and my nervous stammering kicked in full-swing. I got panicky and started blurting out what I do for a living, while well-dressed women stared at me with thinly veiled digust. It was really horrible, and I am pretty sure it was another prelim-anxiety dream. I may just start tracking those - the forms they take are actually pretty interesting.

I had another dream that was really cool, so interesting that I'm not sharing it because I think I can make a story out of it. If only I hadn't awakened before the ending. Endings are hard!
- posted by Diane @ 7:46 AM | (0) Comments
Monday, November 06, 2006

Scene from a back yard 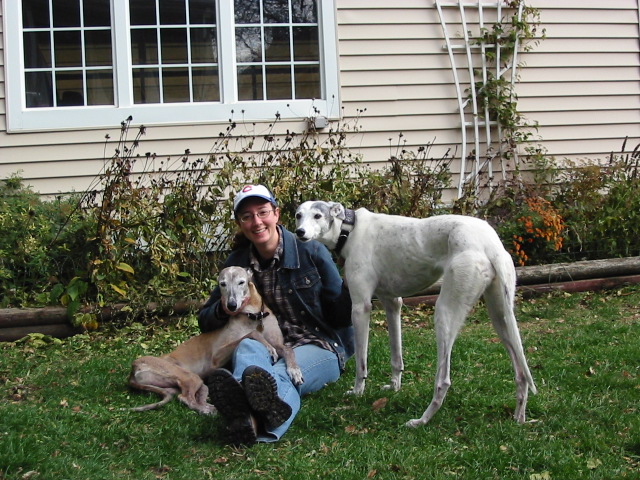