Everybody loves stories about fuzzy animals
or,
Why it's important to revisit the items in the back of your closet every few months.

[Post edited from long rant about mice and Hot Babies and sweaters to this short blurb: mice like to eat Hot Babies and nest in sweaters. What's a Hot Baby, you ask? Wouldn't you like to know?]
- posted by Diane @ 10:00 PM | (0) Comments
Thursday, January 25, 2007

Random encounter
As I walked down the El platform this morning, a young woman stopped me and asked if her eyebrows looked okay. It took a second to process that she did in fact ask me about her eyebrows, then I glanced at them and said they looked fine. Of course, what I was thinking was "please let this conversation end quickly!", but I am polite to the bitter end and therefore end up in all sorts of bizarre conversations. She didn't buy my flip answer and pressed the issue; apparently people were telling her they looked terrible and weren't even, and she wasn't sure what to think. So, I looked again and reassured her that they were even, they looked good, and if others don't like them, who cares?

Now, let me tell you, they really did not look so good. She had shaved her heavy brows into a thin line on each side. The thin brows were fine but, hey chicky? You've gotta be vigilant with the plucking! Eyebrow stubble - not a good look on anyone. *shudder*

And that is my beauty advice for the day.

And now for something completely different: This is TOTALLY me at our weekly departmental seminar:

The importance of the linden tree in biology
Interesting fact I just learned from Taxonomy of the American Species of Linden (Tilia), an Illinois Biological Monograph (1965):
In the late 1600s, the custom among the emerging literary/artsy/sciencey classes in Sweden (as in many other places) was no longer to derive a surname from the father's first name (Anderson, e.g.) but instead to create an entirely new surname, usually "fresh appellations from natural objects". The father and other relatives of Carolus Linnaeus lived in a village with a "lofty Linden-tree". Two branches of the family thus named themselves Lindelius and Tiliander (for Tilia), while Linnaeus' father devised the name Linnaeus. The "von Linné" that many intro biology books say was his original name, later Latinized for extra cachet, was derived from Linnaeus.

So, my genus of study actually gave Linnaeus his name, a fact worth approximately a paragraph in the dissertation.

Libby's defense team announced yesterday that its client was tired of being blamed for every little thing that goes wrong. "You know, there is another dog in the family," her lead attorney griped. "You can't blame every half-eaten kleenex or hole in the yard on her. Just because she has a long history of being a pest is no reason to assume she's still a pest today." Jazz, who has always been a perfect little angel dog, had no comment.
- posted by Diane @ 10:32 AM | (0) Comments
Monday, January 22, 2007

Not much to say about yesterday's defeat of the Saints at Soldier Field. It was one of those classic muddy windy snowy games - fun to watch from the comfort of the living room. After they presented the NFC-champion Halas Trophy to Virginia McCaskey (Halas's daughter, current owner), I thought Urlacher should pick her up and run around the field with her on his shoulder. You know she'd love it.

I remember watching the 86 Superbowl, and how festive it was because the Bears just could not be stopped. My parents and I laughed through the whole thing as the Bears set one record after another. Too bad they aren't playing the Patriots again this time. Instead we have to keep seeing Peyton Manning's stupid face, and hearing his mushy voice. Am I the only one who is sick of that guy?
- posted by Diane @ 8:15 AM | (0) Comments
Friday, January 12, 2007

Fretty McFret-a-lot
Having a terrible fear that Libby barked out her internal stitches and her larynx is recollapsing. Watching her very carefully right now. We were supposed to keep her calm (i.e. no barking, running, etc.) for 6 weeks, but by about 4 weeks she was totally back to her old happy active self and keeping that dog from barking is *impossible*. I'm bored! Woof! I'm hungry! Woof! It's 3 a.m.! Woof woof! At 5 weeks, Tuesday night, she was acting funny and got a little sick, and Wednesday she started panting audibly. Just a bit, but more than she had throughout her recovery.

If she needs the surgery repeated I will be SO angry at myself I just can't even tell you. So fingers crossed that the hoarse panting is just phlegm or maybe irritation from eating dry kibble.

ETA: The doc thinks her throat is fine, but did some x-rays to find the reason she was panting so much. Turns out she has some evil-looking arthritis in her lower back, not a big surprise, so we have her on meds for that now. What a drag it is getting old.
- posted by Diane @ 12:55 PM | (0) Comments
Thursday, January 11, 2007 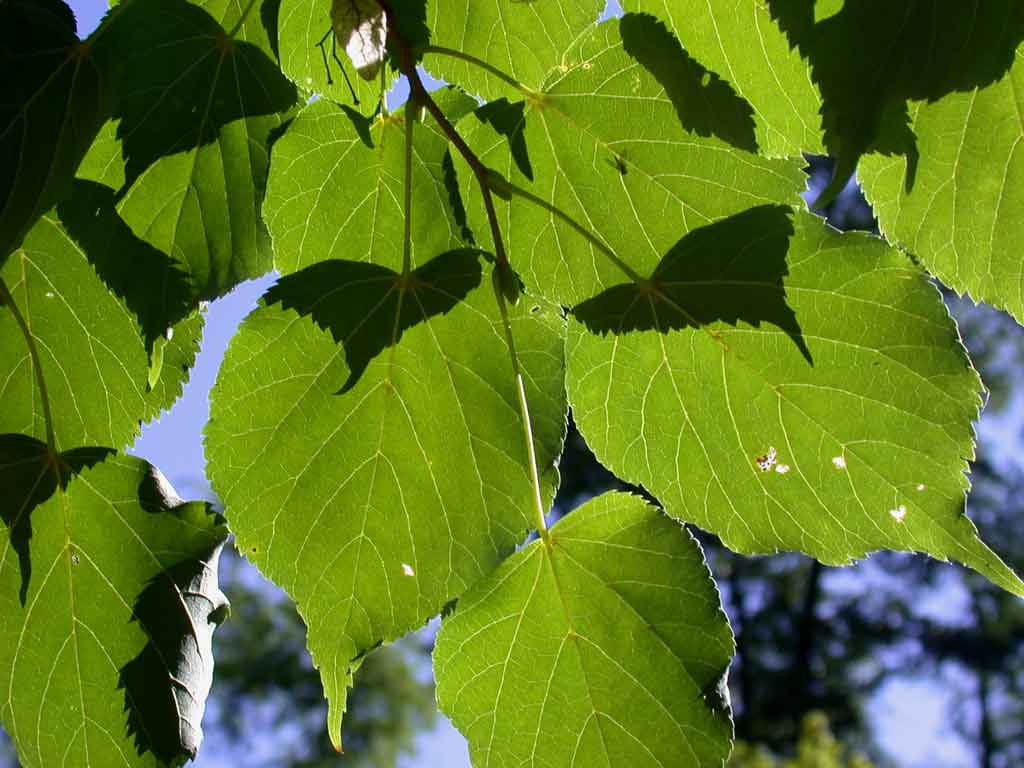 Counterbalance
I've just realized that I keep posting "Here are things that suck about Chicago" stories - pigeon torture, creepy guys, dark trains stopped in tunnels - so now I'm going to take a moment to remind you, my thousands of readers (ha!), and myself of things to love about this city.

1) Riding the El. For about $90 a semester, I get unlimited rides anywhere I want to go, and though my commute is about 45 minutes, I can read or sleep the whole time. Plus I get some exercise during the short walk on either end. No driving, parking, gas, pollution, road rage, or fender-benders. If something does go wrong with the train (which is infrequent), it's SEP.

2) My neighborhood. A quiet tree-lined street of 1900-era houses with wide front porches and an alley lined with basketball hoops. Lots of different kinds of folks live in our neighborhood - young professional couples with increasing numbers of children, older folks who have lived there 50 years, Mexican and African-American families, weird guys with rock bands, weird guys who wash their cars compulsively, a church caretaker who putters around 18 hours a day. Also: occasional visits from possums, deer, coyotes (!)... constant visits from squirrels, house finches, starlings, sparrows, downy woodpeckers, etc etc. Oh, and the neighbor's cat, Spooky. And when the sky is clear at night, even though we can't see that many stars in the city, standing on the back porch and looking up is a deeply moving and connecting experience.

3) The view from campus. The UIC campus is not attractive, though it has improved lately, but seeing the skyline framed by the stark brutalist architecture is a postcard-worthy sight.

That's enough for now because I have lab work to do, but I will write more. I've been thinking about this since a relative recently expressed puzzlement over my choice of home (this is not unusual - a certain portion of my family seems to resent that I ever left Rockford to live in this crime-ridden crackhouse of a city). I could see him struggling to avoid saying something rude, and he finally came up with "I suppose Chicago's okay, if you know your way around." I do know my way around, thanks, and I love this city and hope to stay here a long time yet.
- posted by Diane @ 10:09 AM | (1) Comments
Tuesday, January 09, 2007

Sick sick people
I saw a pigeon this morning that had something stuck through its neck, possibly a needle or a tranquilizer dart. It had a red plastic knob on one end, and the point of the needle actually came out the other side of the poor pigeon's neck. He didn't seem too put out by it, wandering around eating crumbs and edging away from me. I'll keep a lookout for him again but I'm not sure what I should do if I see him again.
Now I have no real love for the nasty dirty birds but what kind of person would do that to a pigeon, anyway?!
- posted by Diane @ 11:00 PM | (0) Comments
Friday, January 05, 2007

Adventures on the CTA
1) Yesterday at about 5:30, I got on a mostly-empty car and took my usual sideways single seat at the back. A man sat a few seats away, between me and the doors, turned sideways to face me, and then STARED. I glanced at him and realized I was being train-stalked by a Creepy Guy, who continued to stare intently. We were alone on that end, but there were other people at the other end, so at the next stop I walked confidently to the other end and sat in front of some guy, with my back to Creepy Guy so he would not have the satisfaction of nervous looks from me. Before I got off the train later, though, I had phone and pepper spray at the ready, and waited on the platform to be sure he wasn't there.

2) This morning, my train stopped in a tunnel, the power went out, and we were left to wonder what was happening for at least five minutes. Then the operator came on and announced that there is a fire on the train, and started going on in great technical detail about it while annoyed commuters rolled their eyes and wished he would get to the bottom line already. Do we have to evacuate and sidle along the ledge in a dark, smoke-filled tunnel like others have had to do recently? Are we going to get to work anytime soon? After maybe 20 minutes total, the power came on and the train moved, with no further updates or apologies from the driver. According to both my labmate and my husband, the entire Blue Line stopped, and the CTA kept people at the stations apprised of the situation. Only the ones on the actual fiery train were kept in the dark.

Everything I know about opera I learned from cartoons.
Seen today on Jackson: a short-haired hipster guy with a little fauxhawk on the back of his head, down by the nape. Not a side-effect of combing his hair back on both sides, but an intentional 3 inches of fauxhawk. Perhaps he uses it as a rudder.

I'm finding being back in the lab completely exhausting. I'm on my feet, back and forth, bending over, mixing and measuring, for hours and hours, and I more and more can appreciate why my mom was always pausing during shopping trips to lean over and stretch her lower back (while pretending to look at fascinating items on low shelves). Not to mention the mile walk to and from the west-side lab to fill our water bottles. Gotta love a science lab building where the deionized water tanks are contaminated; we have to haul water in from other labs, or buy it. On the plus side, we had lunch at Pompei. Yum!

I've been cultivating a taste for milk and sugar in my tea. Why? Why not? I learned today about a drink called a London Fog: hot milk, vanilla syrup, and Earl Grey tea. Like a Starbucks chai, but with better tea. (I tried chai tea by itself a couple of times - it was okay until I read the ingredients and found out it has black pepper in it. After that, all I could taste was pepper. Ugh.)
- posted by Diane @ 4:37 PM | (0) Comments