Ha ha, Nature, very funny
What could be more fun than preparing a presentation? Finding ankle-deep water in your basement! Woo-hoo!

Distractions
1) Need to come up with a Prelim Drinking Game. For every animated graphic in my PowerPoint, take one drink. Every time I say "I don't know" to a question, everybody chugs! Benefits: everyone is much more relaxed, and the worse the exam goes, the less I remember.

2) Have been amusing myself with inventing names for cars. The Chevy Metallica, the Lincoln Orbiter, the Mazda Miasma.

3) The timer on the washing machine broke. It still does laundry but I have to set a separate timer to remind me to go downstairs and advance the washer to the next cycle by hand. Kind of defeats the purpose of this whole automation thing. Somebody bring me a flowing creek and a big rock.
- posted by Diane @ 1:53 PM | (0) Comments
Sunday, June 10, 2007

Crunchy!
Went cicada-hunting at the forest preserve in Wilmette. Even from the expressway we could hear their songs, a pervasive hollow hum overlaid with a harsher bzzzzt. (I'm realizing that English is poorly equipped to handle descriptions of insect sounds.) Based on this, I believe the dominant sound was caused by Magicicada septendecim and the harsher sound was M. cassini. Not sure if we saw, or heard, the third species, M. septendecula. I collected a few bugs in a jar, some female and some male, mostly decims and one cassini, plus a bunch of molted skins. In the treetops, the cicadas flew around like bees, but closer to the ground they hugged their twigs and blades of grass and moved around very little, and when they did move it was always up up up. We also saw emergence holes wherever there was bare ground. 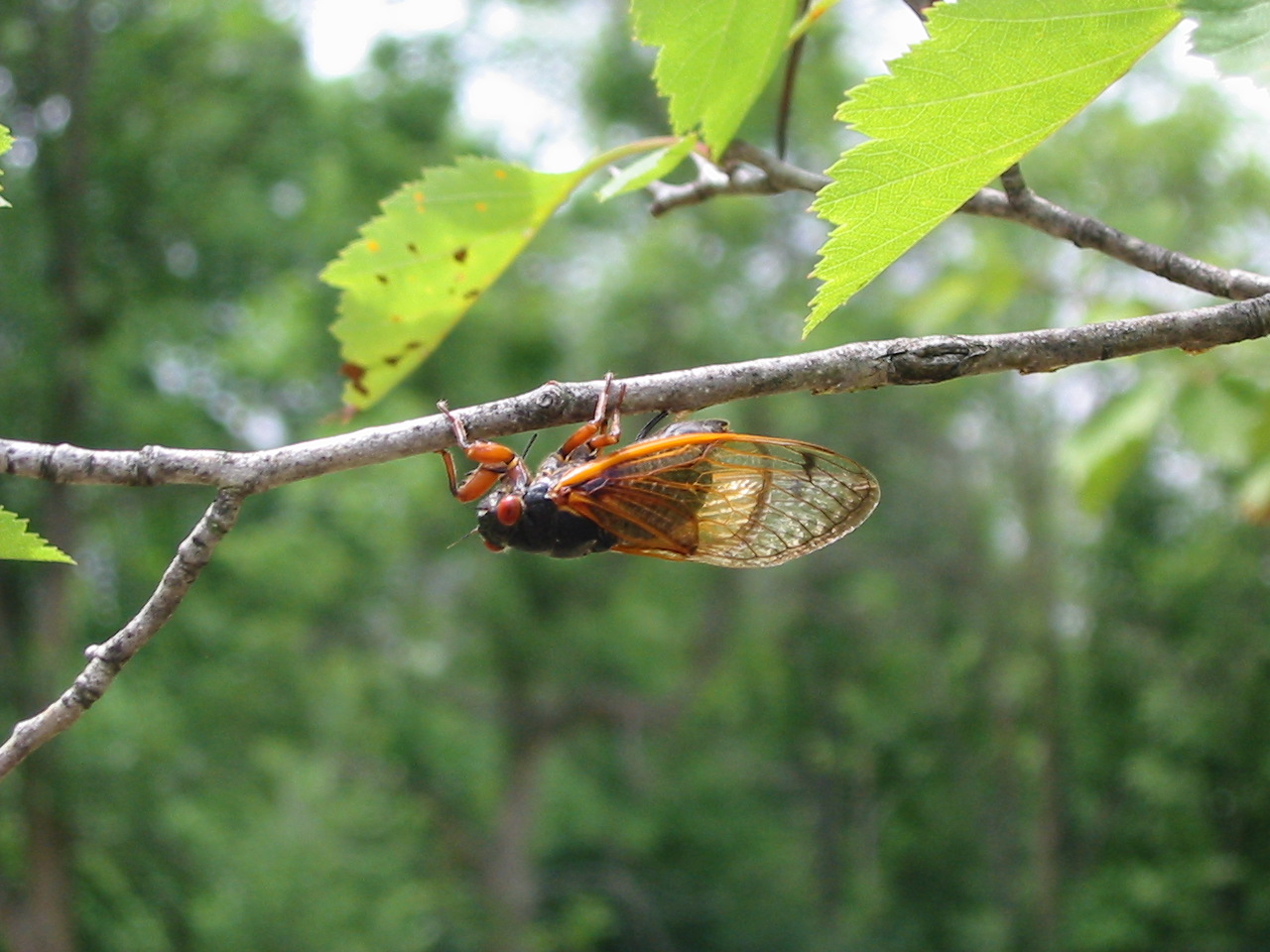 It was just a matter of time...

Your genome is a tour de force
The NYTimes reports that the entire genome of James Watson has been sequenced by a private firm. It took two months and cost approx. $1 million. Two months!!! I'm sure that to most people that seems like an endlessly long time, but let me assure you, that's *fast*. I was charmed by the description of the ceremony in which they handed Dr. Watson his genome on two DVDs. "Here's you in a nutshell! (or clamshell, rather)" they might have said. I think they should have given it to him in poster form instead. Then he could stare at it like one of those 3-D pictures, and see what weird images pop out. (I've done this with large Excel spreadsheets. It's fairly cool but gives me a headache.)

They said also that the cost of an entire genome sequence will drop to $10,000 in a few years. I'm clearly in the right field but a few years too early. Someday we'll look back on these years of sequencing handfuls of carefully selected 700 bp fragments and marvel that it took us so long and that we missed SO much information by not seeing the whole genome.

Craig Venter's genome has also been independently sequenced. A researcher commented on this, calling Dr. Venter's genome a "real tour de force". This is ironic because "tour de force" has been my pet peeve lately and I was ranting to myself about it just this morning. You can't pick up a book without seeing some blurb screeching from the cover, "A tour de force!!" Really, can *all* the books be worthy of that description? The phrase has become entirely devoid of meaning. The Diana Wynn-Jones book I'm reading is apparently as impressive an accomplishment as sequencing 2 billion base pairs.

Songs from the Buffy musical are stuck in my head, esp. Anya's song about evil bunnies. "What's with all the carrots / Why do they need such good eyesight anyway?"
- posted by Diane @ 11:54 AM | (0) Comments